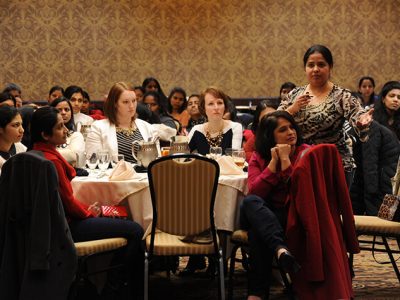 According to the 2016 Census, more than 50% of people in Canada have other origins than British Isles and French ones. This means that new immigrants can count on the support of their ethnic community or diaspora in this country.

There are people of over 250 ethnic origins in Canada. Apart from British Isles and French origins of the first settlers in Canada and their descendants, Chinese, Italian, East Indian, Polish, and Filipino ancestries are among the 20 most common ones.

The Chinese community is one of Canada’s largest ethnic groups. According to Statistics Canada, there are 1.4 million Chinese people in the country and 330K of those with a partial Chinese ancestry (almost 1.8 million in total).

The share of the Chinese is the largest in British Columbia (11% of the province’s total population or 540K people). Most Chinese (in terms of absolute numbers) live in Ontario (849K people, 6% of the population). Also, the significant share of people with Chinese ancestry live in Alberta (4%, 188K). Canadian cities with large Chinese populations are Vancouver (18% of the total population), Toronto (almost 10%), and Calgary (6%). By the way, Vancouver’s Chinatown is one of the largest in North America. There are also Chinatowns in Calgary, Montreal, Ottawa, Toronto, and in some smaller towns. 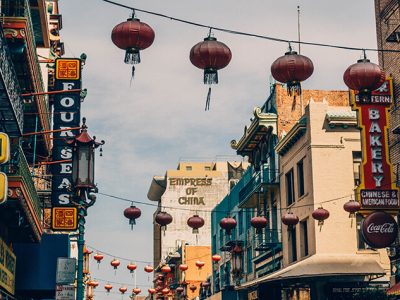 First Chinese in Canada were Macau carpenters who came to Canada in the 18th century. In the 19th century and in the early 20th century, there was an influx of Chinese railroad workers who settled in Chinatowns in large Canadian cities. Many Chinese arrived in Canada during the Second World War as refugees. Starting in the late 20th century, Chinese-Canadians have become active in the cultural scene in Canada.

Nowadays, Chinese people still immigrate to Canada en masse. China was the third most common place of birth (after the Philippines and India) of immigrants who arrived in Canada between 2011 and 2016. During these years, the number of new immigrants reached almost 130K. Many Chinese immigrate to Canada by creating or purchasing a business in the country.

Canadian cities with the largest share of Italians include the following locations in Ontario: Sault Ste. Marie (21% of the population), Thunder Bay (14%), Niagara Region (12%), Hamilton (11%), and Windsor (10%). The most significant concentrations (in terms of absolute numbers) are in Toronto (484K Italians), in Montreal (280K), and in Vancouver (88K).

A substantial influx of Italians in Canada began in the early 20th century. Those were largely peasants from rural southern Italy and agrarian parts of the north-east. A second wave occurred after the Second World War. Nowadays, the Italian community in Canada is one of the largest outside of Italy. Since 2010, the month of June is officially celebrated as Italian Heritage Month — a time to recognize and celebrate the Italian community in Canada.

East Indians live predominantly in British Columbia (6% of the population, 309K people), Ontario (5%, 774K), and Alberta (4%, 174K). The large majority of them live in Toronto in Vancouver. Many of them also prefer to settle in Calgary, Edmonton, Ottawa, and Winnipeg. Canadian cities with large Indo-Canadian populations include Abbotsford in British Columbia (19% of the population), Toronto (10%), Vancouver (10%), and Calgary (6%).

In the Toronto area, most Indo-Canadians live in Brampton, Markham, Scarborough, Etobicoke, and Mississauga. In the Vancouver area, they choose to settle in Surrey, Burnaby, Richmond, Abbotsford, and Delta.

According to Statistics Canada, Canadians of East Indian origin are much more likely than the rest of the population to have a university degree (especially a postgraduate degree in mathematics, physics or computer science) and be employed in scientific and technical occupations.

The Indo-Canadian community started around the late 19th century in British Columbia. In the early 20th century, there was a spike in migration into this province. Most of the migrants were Punjabi Sikhs. There were also large numbers of Punjabi Hindus and Muslims. Nowadays, Indian people still immigrate to Canada on a massive scale. India was the second most common place of birth (after the Philippines) of immigrants who arrived in Canada between 2011 and 2016. During these years, their number reached almost 150K.

There are 264K Poles in Canada and 842K people with a partial Polish ancestry (1.1 million in total).

One of the most famous Polish neighborhoods is Roncesvalles in Toronto that is filled with Polish establishments such as Café Polonez, where you can get borscht and pierogi, and is famous for its Roncesvalles Polish Festival which is held once a year.

First Polish immigrants started arriving in Canada in the 18th century. There were several waves of Polish immigration starting from the mid-19th century to this day. 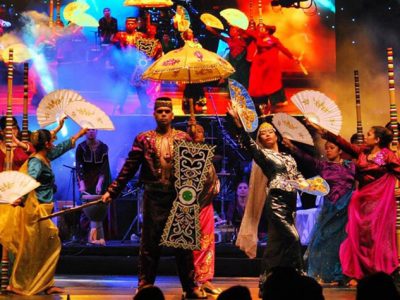 The largest shares of Filipino Canadians live in Manitoba (6% of the population, 83K people), Alberta (4%, 175K), British Columbia (3%, 158K). The top destination for Filipino immigrants during the period from 2011 to 2016 was Alberta. Cities with most Filipino population are Toronto (5% of the population, 275K), Vancouver (5%, 134K), and Winnipeg (10%, 77K). There is a significant presence of Filipinos in other Canadian cities as well.

Because of their English proficiency and relatively high level of education, Filipinos tend to integrate into urban communities and are often actively involved with their communities rather than forming ethnic enclaves. However, there are city neighbourhoods with a significant number of Filipino Canadians, e. g. Clanton Park, Briar Hill — Belgravia, and Englemount — Lawrence neighborhoods in Toronto.

The first Filipinos migrated to Canada in the 1930s. During the 1980s, Canada saw an influx of Filipino contract workers, many of whom were working as live-in caregivers. During the period from 2011 to 2016, the Philippines was Canada’s leading source of immigrants (almost 190K people within 6 years).

As a rule, new immigrants come to large cities. In every major city in Canada, there are various religious organizations, churches, and cultural centres where you can get informational assistance, talk to other immigrants, and make connections.

There are also online forums for Canadia immigrants from different countries where you can get an answer to almost any question related to relocation, paperwork, job search, schools for children, etc. Keeping in touch with your native culture is possible thanks to cultural centres that organize various events and meetings. Local newspapers in different languages are also published in the major cities of Canada, where you can find information about how and where to buy basic necessities, get a job, and find an apartment or a house to rent or buy. Informal meetings of immigrants in Canada often take place in churches or mosques. More serious problems can be solved at an embassy or consulate.

Immigrants from different countries who do not have relatives or friends in Canada can get a letter of support from one of the immigrant organizations and associations, including religious organizations, as well as imams or priests. A support letter from a Canadian permanent resident, citizen or organization can add 150 points in the Express Entry system and help obtain permanent residence in Canada.

To apply for a letter of support, you usually need to meet the following requirements:

The requirements may be different depending on a specific organization.

Newly arrived immigrants can get help or information support in one of the organizations within their communities.

National Congress of Italian-Canadians (site: italcongresso.qc.ca): protects the interests and reputation of the Italian community in Quebec, promotes the Italian culture and language.

Polish Alliance of Canada (site: www.polishalliance.ca): organizes cultural events and meetings, has branches in 13 Ontario locations including Hamilton, Mississauga, Toronto, and others.

Filipino Workers Network (site: filipinoworkers.org): builds a network of union activists in the Greater Toronto Area to enable Filipino workers to support each other.