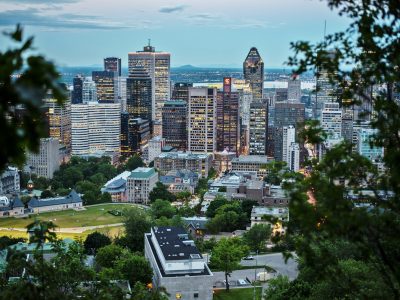 Quebec is the only province whose official language is French only. Many people mistakenly believe that Montreal is the capital of Quebec, but it is not. The capital of this province is Quebec City.

Although Quebec is a province of Canada, the province has its own immigration programs and they go aside “ordinary” provincial programs. The governments of Quebec and Canada concluded a number of agreements, according to which Quebec established its selection criteria for all economic immigrants (skilled and businessmen) with the intention to live in Quebec.

Immigration to Quebec is going through a special system, which was launched in an updated form on August 2, 2018. Individuals who wish to apply for immigration to the province through the Quebec Skilled Worker Program begin the process by submitting an application for their interest in immigrating (expression of interest, EOI) after creating a profile in the Quebec Expression of Interest Bank on the Arrima portal.

The Quebec immigration system is divided into the following categories:

– Quebec Skilled Worker Program – a program for skilled workers and students who intend to live in Montreal or in another city or region of Quebec.

Candidates who qualify for the Quebec Skilled Worker Program receive a Quebec Selection Certificate (CSQ) and then apply for permanent residence to the Government of Canada.

The program is divided into the following subcategories:

– Foreign student in Québec – a category for people who are currently studying or successfully completed a study program in Quebec. If you study in Quebec in English, for example, at the prestigious McGill University, then you can immigrate through this category. By the way, you can apply for immigration under this program after 6 months of study in Quebec.

– Temporary foreign worker – a category for people who legally and temporarily worked in Quebec for at least 1 year in total.

– Entrepreneur Program – a program for entrepreneurs who are interested in creating or acquiring a business in Quebec.

– Immigrant Investor Program (QIIP) – a program for entrepreneurs who are interested in participating in the economic development of Quebec by investing.

– Self-Employed Worker Program – a program for people who are interested in coming to Quebec and working for themselves in their profession at their own expense.

If you do not know which immigration program you need, you can answer a few questions and the system will provide you with a suitable immigration option.