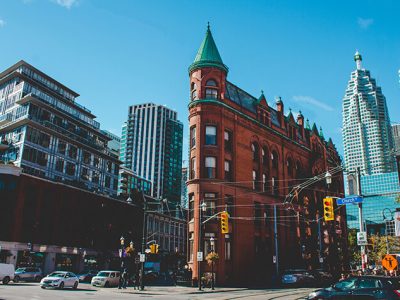 Changes to the program are badly needed to reduce the pressure on the Greater Toronto Area (GTA) and to distribute immigrants to other regions of the province.

While the GTA is under tremendous pressure due to the influx of immigrants, the rest of the province lags economically, unable to fill in the gaps in the labour market with just local workers.

Ontario’s small communities need immigrants who disproportionately settle in the GTA and do not want to move to other parts of the province. The government intends to eliminate this imbalance. Small towns in Ontario have low birth rates, an aging workforce, and high levels of population outflows to Toronto and the surrounding area. Many experts are worried as it has a huge impact on the economy. According to forecasts, the current ratio of 62 dependents per 100 workers in Ontario will increase to 79–100 by 2040.

The GTA has seen the economic benefits of an influx of immigrants, but the infrastructure is already at the limit, and public transport and the housing market are under pressure. Therefore, the government has decided to improve the Ontario Immigrant Nominee Program (OINP). One of the innovations involves setting a tight target for the number of newcomers who settle in communities outside of the GTA.

According to the Ontario Ministry of Economic Development, Job Creation and Trade, some steps have already been taken to improve the program, including expanding the list of occupations in demand and launching a pilot program to attract immigrants to smaller communities.

During the pilot project, the government will work closely with local communities of interest to support their efforts to attract and retain skilled workers.

Another challenge is to encourage small communities to more actively promote themselves as attractive places for newcomers. For example, the mayor of North Bay is planning to welcome 10,000 immigrants over the next decade, citing a constant shortage of local workers. “You can imagine if we could just get one per cent of those people to move to North Bay we’d be successful,” he said.