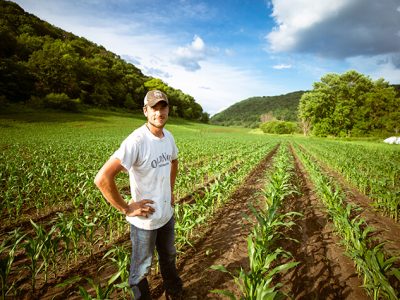 The Green Party of Canada intends to close the Temporary Foreign Worker Program, should they win the elections that will be held on October 21.

The Temporary Foreign Workers Program (TFWP) has been the pillar of the Canadian economy for decades and remains so until now. Every year, tens of thousands of foreign workers enter Canada on a temporary basis to fill in the gaps in the agricultural sector, restaurant and hotel services, as well as in caregivers services.

However, this program has been associated with controversies. For instance, many workers have complained of being exploited by their employers and have informed of unscrupulous immigration agents demanding payment for employment services. Companies, in turn, have used foreigners instead of looking for personnel among local workers.

Elizabeth May, the leader of the Green Party of Canada, promises to close the program if the party wins the upcoming elections, and intends to increase the number of permanent immigrants instead. Meanwhile, the leaders of three more political parties are running for the Prime Minister office: the Conservative Party, the New Democratic Party (NDP), and the Liberal Party.

As permanent residents, foreign workers are allowed to invite their families to Canada and are no longer motivated to send money home. According to May, closing the TFWP means that there will be more money left in Canada as the longer immigrants stay in Canada, the less likely they are to send money abroad. According to statistics, a temporary worker in Canada sends an average of C$3,195 per year to their native country. This means that since 2015, temporary foreign workers could withdraw about C$1 billion from the Canadian economy.

About 320,000 work permits have been granted to temporary foreign workers over the past three years. Just over half of those permits (176,000) were issued to agricultural workers, many of whom do seasonal work during harvest time. The rest was granted to caregivers, workers in meat processing and fish processing plants, hospitality workers and those employed in trade or heavy industry.

Many experts agree that the decision to close the TFWP is short-sighted: as many of these jobs, especially in agriculture, are seasonal, it makes no sense to hire permanent immigrants. Even though the program was sometimes abused by both employers and workers, it was successful as many Canadian companies still rely on temporary foreign workers to survive.

Representatives of the Liberal Party note that the TFWP is not only for low-skilled workers, but also an opportunity for Canadian companies to have access to the most talented people from around the world, sometimes employed on a temporarily.

Between 2015 and 2018, about 25,000 people who came to Canada as temporary foreign workers became permanent residents. This is approximately 8% of the total number of work permits issued under the TFWP over the same period.