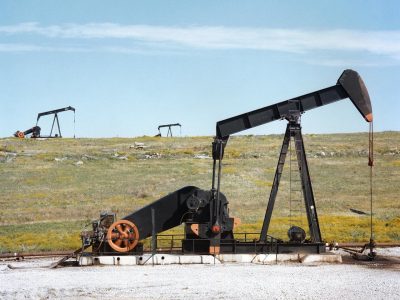 Canada is one of the leading countries in the extraction and production of oil and gas. Experienced professionals in this industry are welcomed and offered up to C$100,000 per year. However, they also have to meet stiff requirements.

Canada has the world’s third-largest oil reserves, after Venezuela and Saudi Arabia. This North American country owns 10% of the global reserves. Canada is also one of the world’s largest oil producers and exporters. According to USA Today, oil production in Canada has grown by almost 30% over the past 5 years.

In June 2019, Prime Minister Justin Trudeau approved the Trans Mountain pipeline expansion project, which will triple the existing capacity from 300 thousand to 890 thousand barrels per day. A 1,150 km transport system will stretch from the oil sands of Alberta to the coast of British Columbia. Shipment of crude oil may begin as early as 2022 if there are no significant legislative changes.

Most immigrant specialists in oil industry come to Canada to work in Alberta. This province is the country’s largest producer of crude oil, synthetic oil, natural gas and petroleum products, and one of the world’s largest exporters and producers of natural gas. The total area of Alberta oil sands (142,200 km²) is larger than England.

According to Statistics Canada, the average salary in the oil and gas industry (together with forestry, fishing, mining, and quarrying) is C$38.50 per hour. Over the period from 2014 to 2018, the wages increased by 10%.

The average salary in Canada in the oil and gas industry varies greatly depending on the subcategory (CAD):

For instance, if you have neither experience in the oil and gas industry, nor relevant education, you can work as a leasehand (auxiliary worker) on an oil drilling rig. These workers are responsible for cleaning equipment and sites, inspecting the equipment, assisting in the transportation of equipment and assemblies, and performing other tasks assigned by personnel. After 6–8 months of work as a leasehand, you can be promoted to a floorhand — it is also a junior position requiring long shifts and heavy physical labour. The maximum you can expect without relevant education is becoming a supervisor.

Many prefer to work on a rotational basis on remote Alberta facilities. Typically, the cost of relocation is borne by the employer or reimbursed by him later. Rotation work often means working in winter at a temperature of –50°C away from civilization in the deep taiga, living in a trailer without normal food and adequate rest. A shift usually lasts 12 hours. On the other hand, supervisors of the rotation workers can make good money.

If you have an education in the oil and gas industry, you can become a petroleum engineer. Such specialists are employed by oil and gas production facilities, as well as by consulting companies, government organizations, and educational institutions.

The minimum contract period in most oil and gas companies in Canada is 6 months.

Skilled professionals willing to work in the Canadian oil industry should meet high requirements. Here is a real example of a sought-after specialist: in 2018, a Russian oil specialist immigrated to Calgary, Alberta under the Federal Skilled Worker Program with a Russian degree in reservoir engineering, a master’s degree in petroleum geoscience from a London university, IELTS 7.0, and work experience in the oil sector of several countries.

If you have no relevant education, the maximum you can expect is becoming the supervisor of the working team.

To work in Canada as a petroleum engineer, you must have a university degree equivalent to the Canadian degree of Bachelor of Science in Petroleum Engineering. If the education has been obtained outside Europe, Canada, and the USA, you need to get an Educational Credential Assessment (ECA). To work in a similar position as in your home country, you may need to repeat key exams or even take an educational program at a Canadian post-secondary institution.

Having work experience is a prerequisite to work in the Canadian oil industry as a skilled professional. Without it, you can be employed only in a low-key position.

The oil and gas industry is not limited to drilling and oil stocks processing. It is also logistics and management, so work experience can be very different. The main thing is that it must be relevant. For example, work experience at an oil refinery is not considered relevant for employment in an oil rig.

If you’re planning to be employed as an unskilled labourer, the minimum English proficiency is IELTS 5.0 – 5.5. You need to be proficient in English to undergo safety training and educational training, as well as to understand exactly what is required to complete tasks.

The higher the position a person occupies in a company, the more he or she has to work with documents. Those who want to occupy a more qualified position and earn more need to have a good grasp on writing (proper grammar, good spelling, etc.) and understand specific terms, so the level of English should not be lower than IELTS 6.5 – 7.5.

To work as an engineer in the oil and gas industry, it is often required to have a Canadian driver’s licence. In Alberta, it’s Class 5 driver’s license. To get it, you may need to take exams in the province.

How To Find a Job in the Industry

Finding a job from abroad is extremely difficult. It is better to come to Canada and search on the spot. If you’re a skilled worker, you may need to take the following steps:

There are several ways to search for a job.

There are many large oil companies in Canada. You can monitor job openings on their websites or send them your CV right away.

The largest oil companies in Canada:

It is difficult to search for a job from another country because many companies accept job applications only from Canadian residents or citizens. To hire a non-resident, an employer needs to get a Labour Market Impact Assessment (LMIA), and companies will only do this to hire a valuable specialist with good education and work experience.

To find work in Canada, it’s useful to communicate in social network groups and get contacts with Canadian engineers and recruiters on LinkedIn.

It’s easier to get a job in the Canadian oil and gas industry if you have obtained a diploma or degree in the country. Educational programs in petroleum engineering are offered, for example, by the University of Alberta (www.ualberta.ca) and the University of Calgary (www.ucalgary.ca). Both institutions also provide a year of field practice. Employers are actively looking for talents, and some students get job offers while they are still studying.