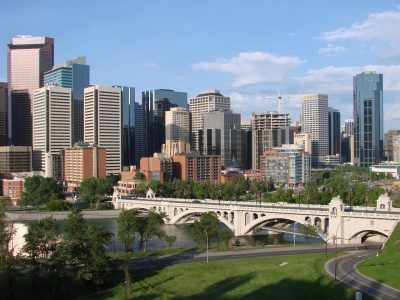 The Economist Intelligence Unit, a business within the Economist Group, has presented its yearly list of the most livable cities of the world. The ranking is based on factors such as stability, healthcare, culture, environment, education, and infrastructure. Three Canadian cities have hit the top 10.

The Economist Intelligence Unit study covers 140 cities in different countries of the world. Only two in the top 10 are located in Europe. The rest are in Australia, North America, and Asia.

Three places (from 5th to 7th) are taken by the Canadian cities — Calgary, Vancouver, and Toronto. They are ahead of Vienna, Melbourne, Sydney, and Osaka. The top ten cities also include Tokyo, Copenhagen, and Adelaide.

Toronto shares with Tokyo the 7th (the last among the Canadian cities) place in the top 10. It is outshined by Vancouver, which is in the 6th place. Toronto and Vancouver have long competed for the title of the best city in Canada, and currently, the British Columbia metropolis is leading.

While residents of Toronto and Vancouver are arguing about whether this list is true, Calgary is comfortably located above both cities. This city in the province of Alberta is recognized as the most livable in Canada.

It is noteworthy that many of the largest cities of the world have missed the list of the most livable places. For example, New York and London have failed to make the top 10 due to the crime levels and additional pressure on infrastructure.