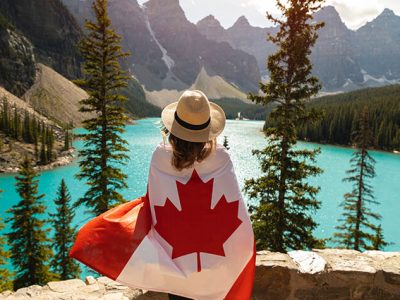 According to Statistics Canada, fewer immigrants acquired Canadian citizenship over a 10-year period, which coincided with the reforms of the previous government.

According to Statistics Canada, the number of immigrants becoming citizens of the country has declined among those who have lived in Canada for less than 10 years. However, in general, the citizenship rate in this country is one of the highest in the western world.

The analysis shows that between 1991 and 2016, the proportion of immigrants who became Canadian citizens increased by 5 percentage points. However, this growth occurred mainly due to people who have been in Canada for more than 10 years.

Meanwhile, between 1996 and 2016, fewer people acquired citizenship among those who have been in the country for less than 10 years.

The gap between immigrants with different education and income levels became even greater between 2011 and 2016.

According to experts, this may be due to reforms carried out by the federal government at that time. From 2011 to 2015, the authorities revised the citizenship program, raising fees from C$100 to C$630 and establishing more stringent language, residence and knowledge requirements.

However, according to Immigration, Refugees and Citizenship Canada, 176,473 people became citizens of the country in 2018 — this is a 66% increase over the previous year (106,373 people).